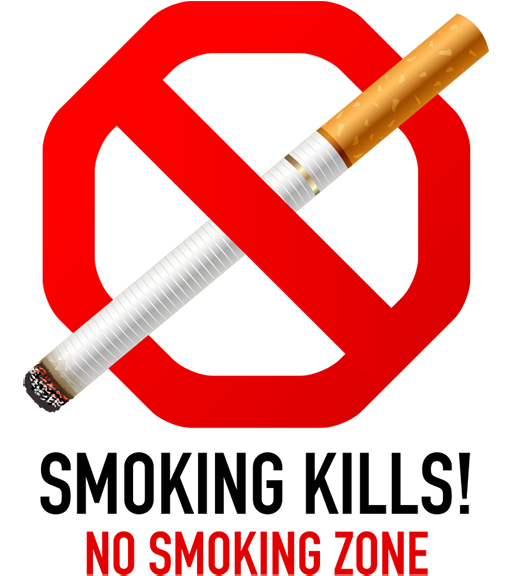 When I step outside, the LAST thing I want to smell is the smoke coming out of somebody’s cigarette. Everywhere you look, buildings have signs asking patrons to kindly PLEASE refrain from smoking within a 15 ft radius of the front door… there is very sound and logical reasoning behind this! By refusing to adhere to these standards and smoking right next to the front door, you are essentially saying, “FUCK YOU” to anybody who doesn’t want to inhale second hand smoke. All of the healthy individuals who do not smoke, growing children who should NOT be around cigarette smoke, pregnant women in ALL stages of pregnancy, individuals with asthma, and so many more do NOT want OR need to inhale secondhand smoke! For those of you who smoke, I am not saying you shouldn’t have the right to smoke, not at all. If that is what you want to do, then please, go right ahead! However, forcing those of us who do not smoke to inhale those cancerous fumes because you are too lazy to walk just 15 feet further, is extremely disrespectful and RUDE!!

We live in a 10 floor apartment building with apartments on the first floor. By not complying with these simple rules, you are forcing all of the tenants on the first floor to be exposed to that smell as well. People walking in and out of the building have to breathe in those toxic fumes because you are too lazy to walk 15 feet! HOW IS THAT FAIR?!

Everybody else absolutely, 100%, has the right to breathe fresh air.

Don’t be a dick about the rules… PLEASE refrain from smoking within 15 feet of any entrance to any building. Have some respect for yourself, for others and for the RULES.

According to the American Lung Association, secondhand smoke is a serious health hazard causing more than 41,000 deaths per year. It can cause or make worse a wide range of damaging health effects in children and adults, including lung cancer, respiratory infections and asthma.

Secondhand Smoke in the Workplace

Learn about the American Lung Association’s programs to help you or a loved one quit smoking, and join our advocacy efforts to reduce tobacco use and exposure to secondhand smoke. Visit Lung.org or call the Lung HelpLine at 1-800-LUNGUSA (1-800-586-4872).